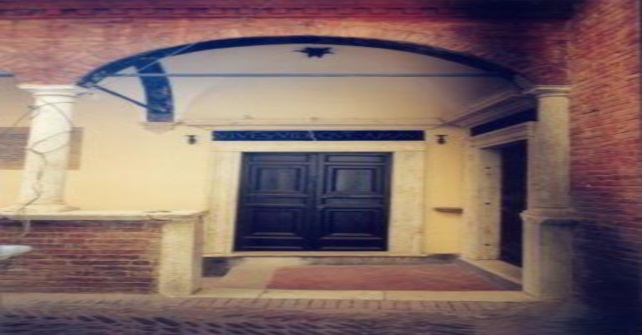 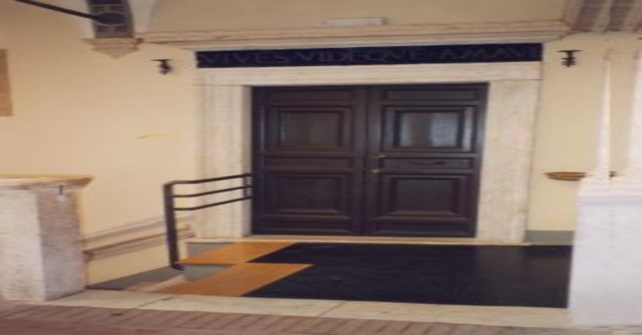 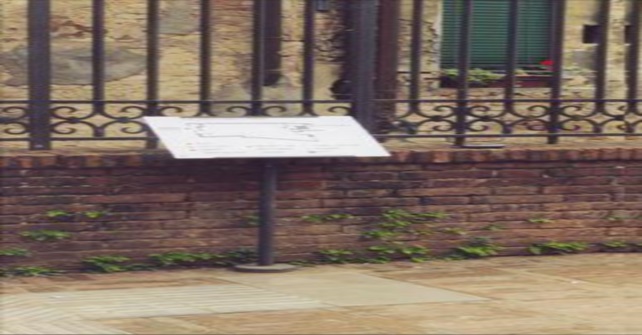 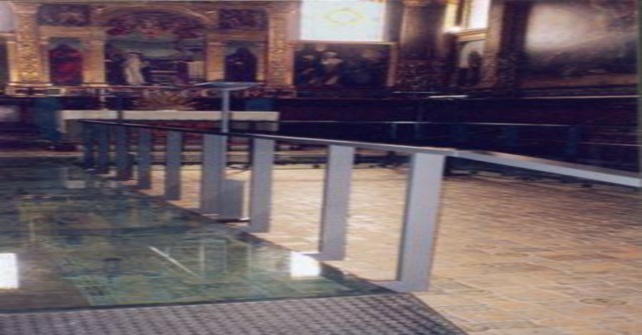 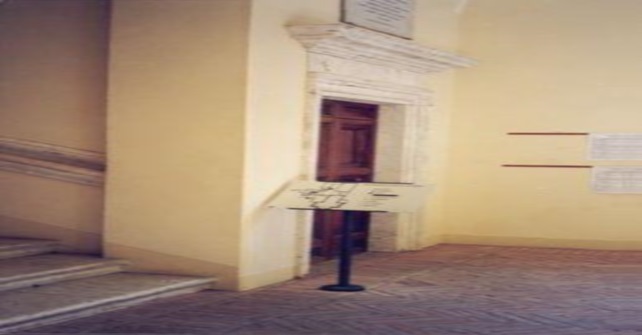 These rooms constituted St Catherine's quarters of the family home. It was in the small adjacent cubiculum known as the 'Cameretta' that the saint slept at night, her head resting upon a stone cushion. The 'Camera' was converted into an oratory after 1541, as the need to create a meeting space for he young members of the fraternity had become pressing. The alter in its center was consacrated in 1550, and its here that the famous wooden crucifix allegedly responsible for St Cathr erine's stigmata was kept upon its arrival in Siena in 1565 before eventually coming to rest in its current location in the Church of the Crucifix in 1623. The decoration of the 'Oratorio della Camera' did not begin until the late 1600s and early 1700s. After which it was rennovated in 1873 by the architect Pietro Marchetti, who is largely responsible for the decoration of the camera, including the designs for the gilded framework on the ceiling and the stucco alter, upon which rests the panel illustrating St Catherine recieving her stigmata from the crucifix; a masterpiece of early 16th century Sienese painting by Girolamo di Benvenuto. The walls boast a series of frescoes from 1886-1993 depicting scenes from the life of St Catherine by Alessandro Franchi and Gaetano Marinelli. These frescoes, in the puristic style typical of Siena, refer to the "Legenda Maior" di Raimondo di Capua, St Catherine's confessor. The ''Cameretta'', on the other hand, remains untouched to the present day, indeed the stone cushion and the saint's relics are still on display: the pommel from the top of her staff, the lantern which she used on her nocturnal visits to the sick, a part of her veil, and the silken bag in which her head was transported from Rome to Siena in 1384.