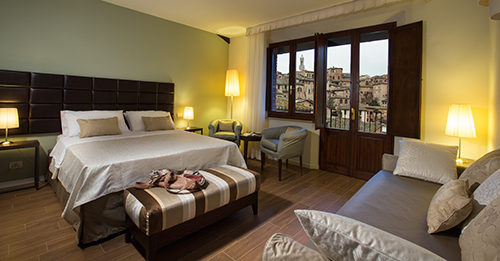 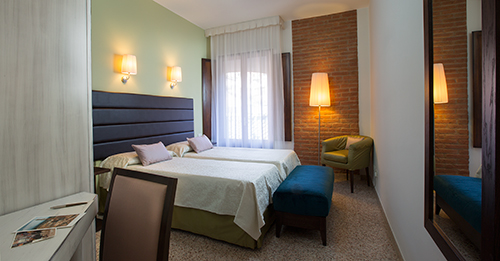 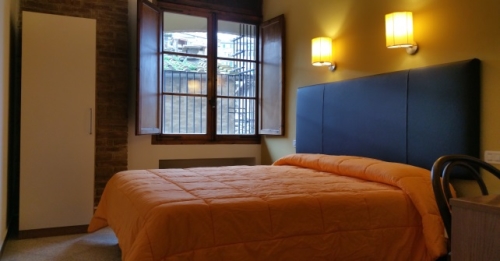 
“Your window to Siena” 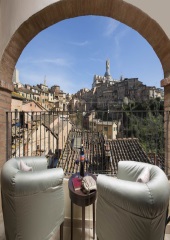 Hotel Alma Domus enjoys the privilege of being in the heart of Siena’s historic city centre, and is part of the ancient compound containing the Sanctuary of Saint Catherine located in the "Noble Goose Contrada" district. It is only a 5 minute walk to "Piazza del Campo", the main city square.

Many of the rooms have a balcony or window with amazing views overlooking the city’s historic centre and its Duomo. (The city of Siena is world-renowned for its vast historic and artistic heritage, landscape and its substantial stylistic unity of the urban medieval, as well as for the famous "Palio of Siena". For these merits, in 1995, its historic center was honored by UNESCO as a World Heritage Site)

The building, which is now Hotel Alma Domus, began its life as the drying room of a medieval wool works (hedificum tiratorium), probably dating back to the first half of the 1300’s, belonging to Brunello di Brunaccio. It was here that the last important phase of cloth production took place. The wet material, after being treated with natural agents and transformed into cloth, was hung to dry on purpose-built clothing lines. The medieval building was transformed into a hotel in 1976. Although it was completely renovated, the original facade was preserved and is clearly visible from Vicolo del Tiratoio. The structure is five stories high and decorated in a typical Sienese style with a row of tall, rectangular windows running along its substantial base, a series of quadruple loggia with alternating architraves and arches decorating the upper stories and decorative brick battlements completing the picture. On the interior, some traces of the old factory remain such as the mighty pillars which used to hold up enormous trusses; in fact, a sketch from the early 1700’s reveals that the building was once open on the side facing San Domenico. The most recent addition of a small building overlooking the slope from Camporegio down to Fontebranda is featured in the Leopoldine land register of 1811. 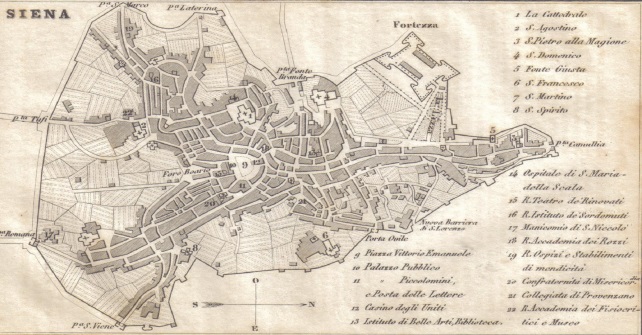 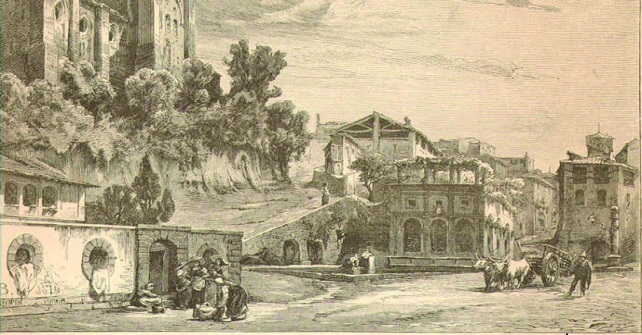 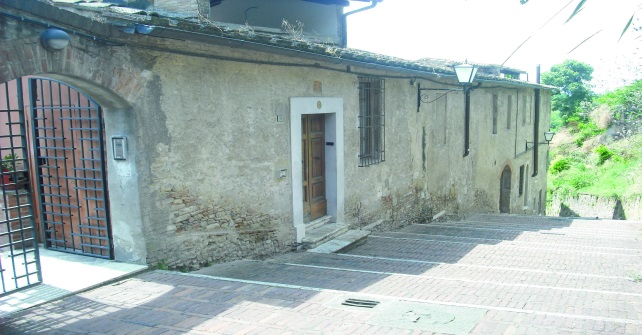