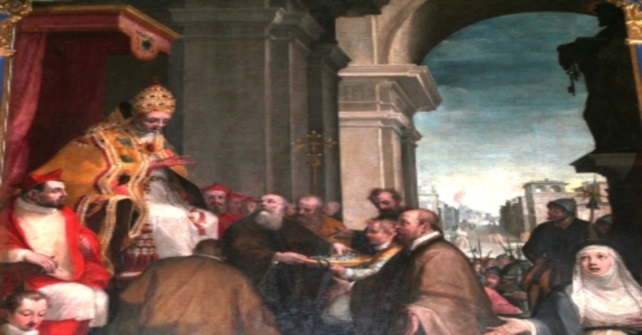 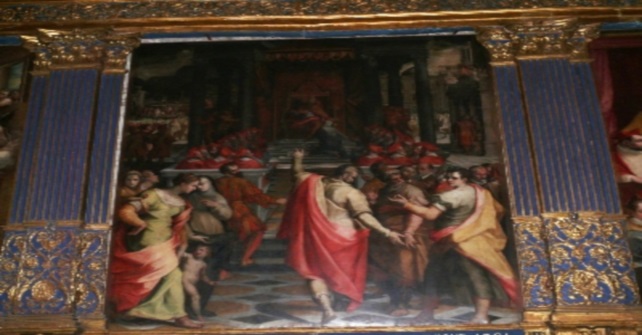 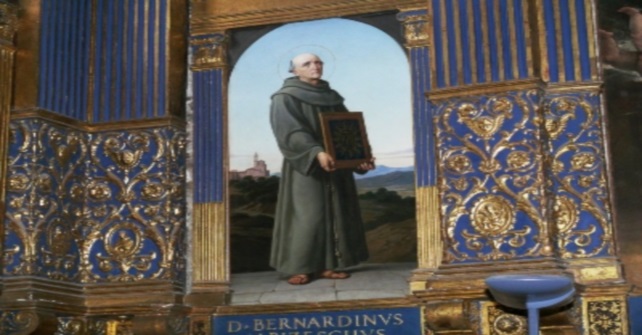 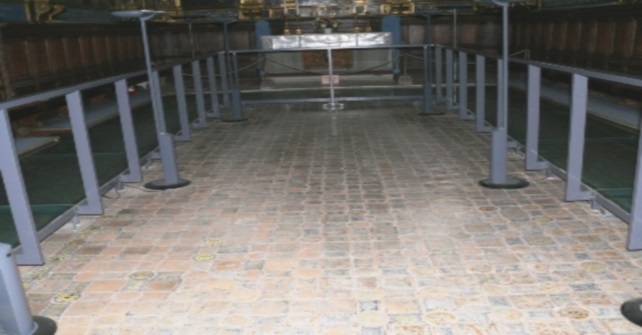 The 'Oratorio della Cucina' was created in 1482-83 in what was originally thought to have been the kitchen of St Catherine's family home. It served as a meeting point for the Lay Fraternity of St Catherine. Enlarged between 1550 and 1555, its decoration went on for years before its eventual completion in 1661. The walls are adorned with rich gilded woodwork set against a blue background framing canvases which depict scenes from the life of St Catherine. These paintings were excecuted, after 1562, according to the guidelines laid down by of the Sienese master Bartolomeo Neroni, known as 'Il Riccio', to whom some of the works may be directly attributed. Il Riccio worked on the chapel from 1567 until the year of his death in 1571. Other noteworthy features include the wooden ceiling and a valuable chest of draws by Bastiano di Girolamo, which was custom-made to Il Riccio's specifications in the same blue and gold as the walls. Don't forget to look down either, for the pavement itself is one of the most prized examples of Sienese renaissance policrome maiolica. At the end of the chapel, above the alter, hangs a polytypch by Bernardino Fungai portraying Saint Catherine with stigmata (1495-97), the upper part of which was later amplified to accomodate the addition of canvases dating 1567 and 1571 by Il Riccio. The niche in the opposite wall , which is the result of subsequent renovations, was where the governor of the fraternity sat. It features an oil painting of Saint Catherine's canonisation by Pio II by Francesco Vanni dating from 1600.